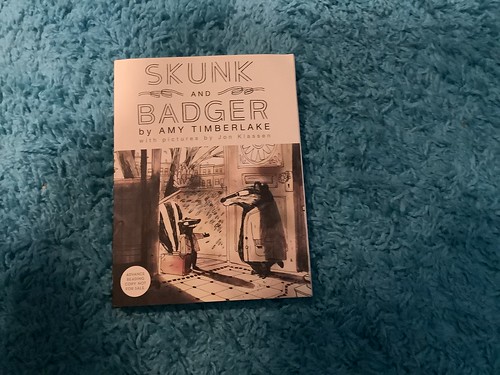 Skunk and Badger is a new book from Amy Timberlake that is due out on September 15th. I received this book for free from Algonquin in turn for my honest review.

As soon as I started reading, I knew this book was going to be timely. Badger is staying in his Aunt’s Brownstone, when Skunk shows up on his doorstep. Badger is not happy about this. Throughout the story you see Badger making quick judgments of things he doesn’t understand or feel comfortable with. He also makes judgments of Skunk as well.

I’m not going to say more, but go read this book! It shows children that words matter, and to not be quick to judge people/animals who may not be like you. Lastly, you may find friendships in unexpected places.

I’m still in quarantine for who knows how long, so I’m going through random photos and I’ll be uploading stuff. Some will be less words more photos, others will be more words less photos. Something to do to pass the time.

First up is Hersheypark in 2005. I really don’t remember much of the trip but I know Storm Runner (roller coaster) was just about a year old. So enjoy from pictures from Hersheypark. 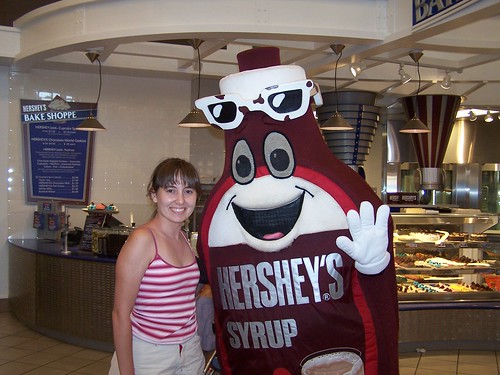 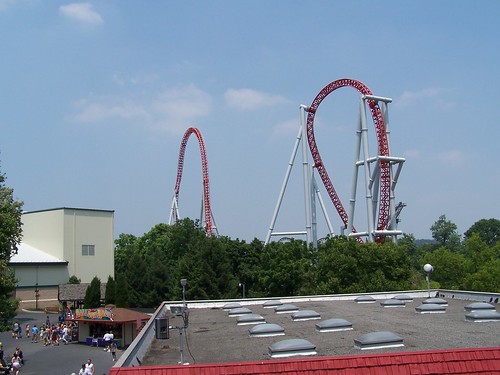 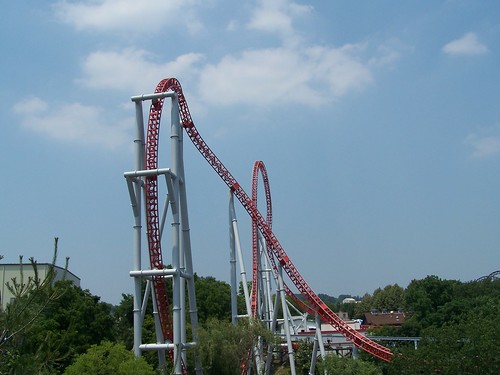 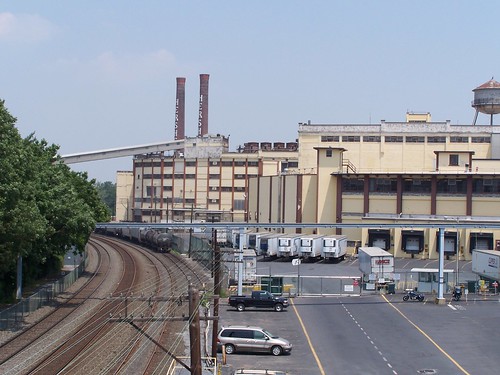 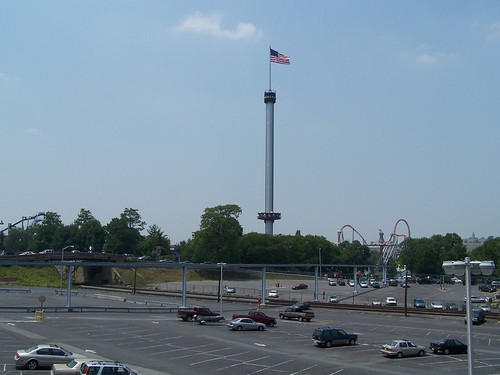 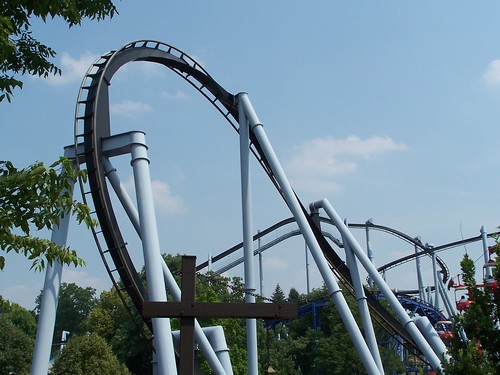 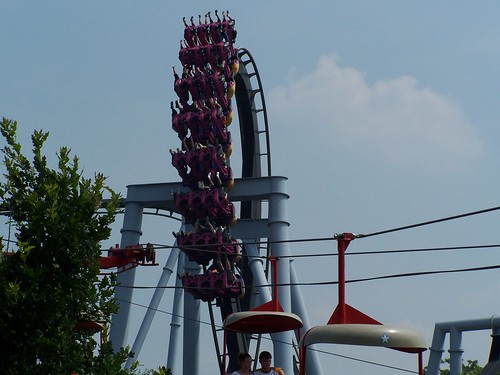 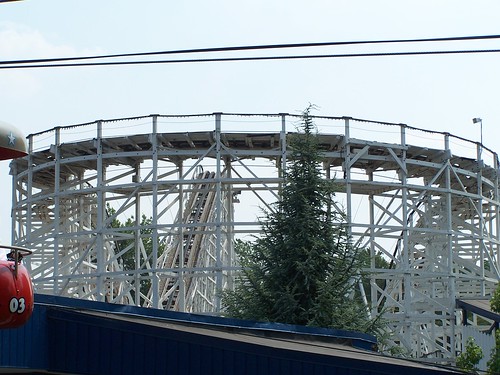 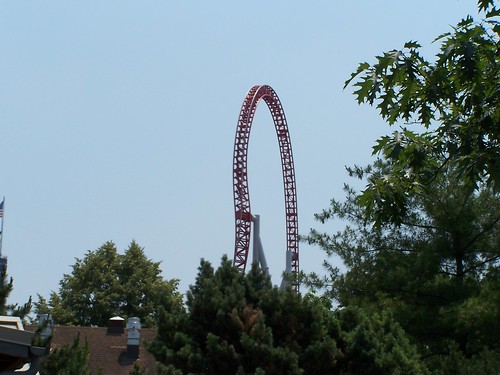 I was contacted about reviewing this book and received a copy of the book off of NetGalley.

Title: Don’t Check Out This Book

Review: I’m a librarian and I have a soft spot for books about libraries and librarians. When they are geared towards middle grade, even better. This book was filled with puns, and laughs, and left you figuring out who the “baddie” was going to be.

I loved the layout of the book. It was in the format of letters, newspaper articles, emails, and text messages.

The one thing that was great is the school librarian Rita B. Danjerous was all about her green dot collection. I think this is a fantastic thing, and it’s great to have tough topics to talk about without having the fear of checking materials out or having to ask about them.

I also love that the love of reading and the library brought the town together as well.

Overall this is a fantastic quick read for younger readers. They’ll be laughing and enjoying figuring everything out.

Nothing fancy except to say it’s been a crap year, honestly the whole decade was a bit of a shit show but onwards to 2020.

Visited 2 new states, and ended up riding 45 new coasters.
State count is 33/50 (34 if you count a small layover where I didn’t leave the airport)
Roller Coaster count: 381 coasters
Got to see a bunch of friends I hadn’t seen in a while.
There were some good things and some bad, but really the year felt draining.

You may or may not know, but I found this TV show earlier this year called Expedition Unknown on the Discovery Channel. It’s such an interesting show and you learn things, and don’t realize you are learning. Josh Gates is the host, and every so often he does live presentations when he’s not wandering the world filming expeditions. I decided I had to go see him live and man he did not disappoint.

His way with words, the stories, the Q&A. He’s an amazing orator, and he knows how to keep you captivated. The 2 hours flew by, and by the end I still wanted more.

So if you ever see he’s doing a talk somewhere near you, go. You will not be disappointed.

The show starts off with some clips of Expedition Unknown, and some talk about ghost stories, and then some clips of Destination Truth (which I need to watch somewhere), and then more stories, and lastly a Q&A. Smart questions were asked and overall an enjoyable night.

Highlights from the night:

Pictures:
Outside the theatre. 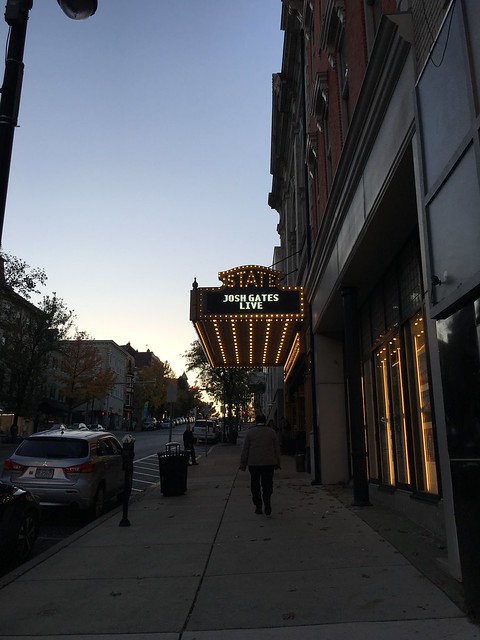 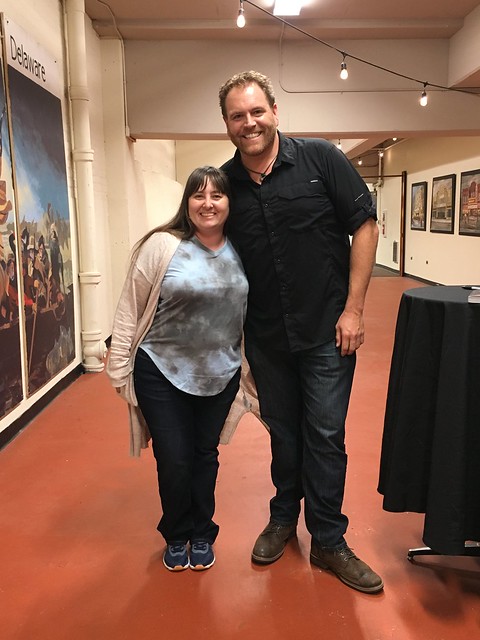 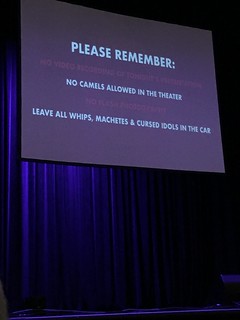 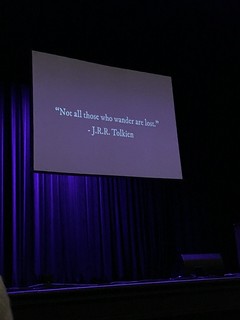 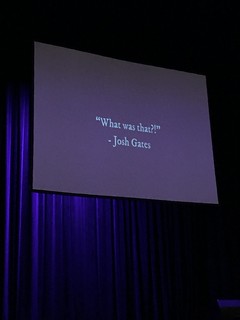 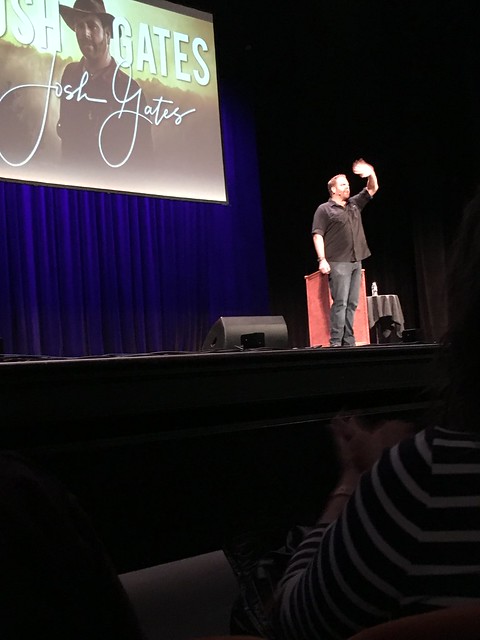 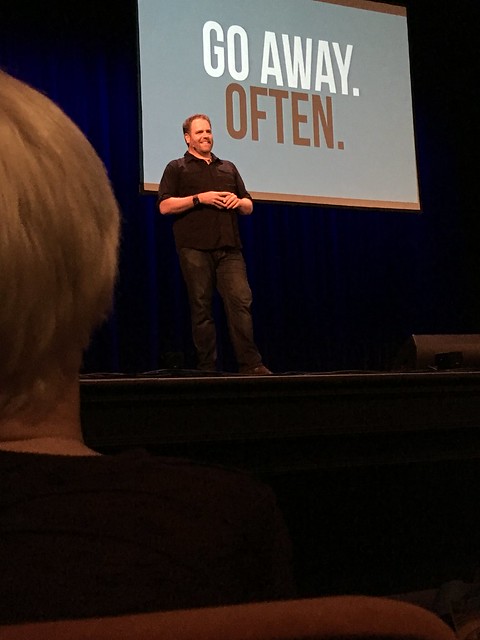 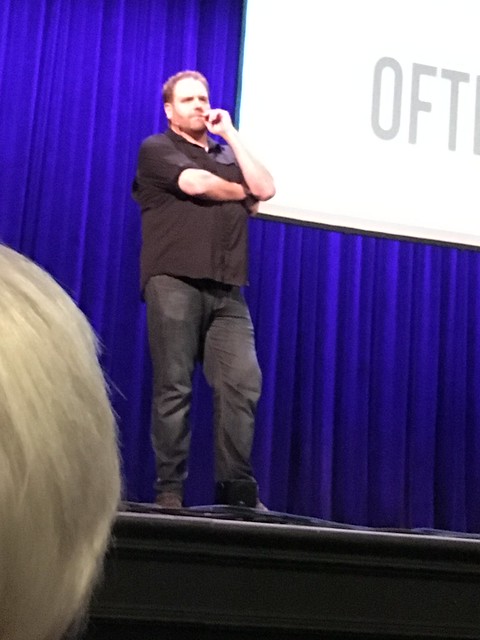 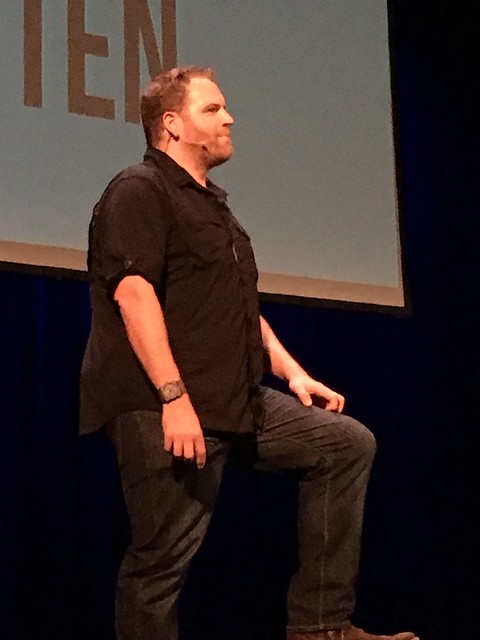 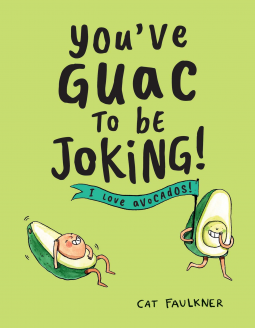 Review: If you love puns and guac, “You’ve Guac to be Joking” is for you. This book is a quick read full of wonderful punny illustrations of avocado being various things and people. The one that stuck out to me the most is Hugh Guacman and it was a picture of an avocado with Wolverine claws. If you’ve had a bad day than this book has guac to cheer you up.

Notes: I received this from NetGalley and in turn I’m to provide my honest opinion of the material I reviewed.

2018, was kind of a crapshoot year. Some things were OK, and somethings bad. Overall I’d call it a meh year.

January:
-Started off the year eating Pork and Sauerkraut, cause how can you not?
-A few snow days.
-Fraggle Rock turned 35!
-11 years since my name twin from college passed away.
-Cataloged STEM kits for work.
-Went to Elmwood Park Zoo.

February:
-Eagles win the Superbowl!!!
-Went to Vendor Bingo for the last time.
-Saw Black Panther in the theater.
-Reiterating this quote: For the record, I may work for the public, but I am NOT your servant.

November:
-NaNoWriMo
-The Hooters in Concert at the Keswick.
-Hersheypark in the Dark
-Saw Bohemian Rhapsody in the theater.

December:
-Tumblr banning adult content and flagging random stuff.
-Family holiday get together.
-Duck Donuts
-Baked cookies twice.
-Holiday party for work.
-Bought a cool piece of art from an artist I follow on Instagram.
-Christmas with my Pop.
-Looking at lights on houses on Christmas Eve.
-Dusted off my blog.
-NYE bowling for my other job.

Ok, looking back on my year this way, I did some fun things, but no where near the normal amount of fun things I normally do. Here’s to next year being better. 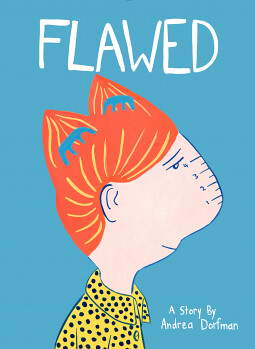 I received this book from NetGalley. I’m not obligated to give a positive review.

This graphic novel is really short. Under 100 pages. I know it’s listed as new adult, but I kind of feel like it should be longer.

Review: The book is a memoir of Andrea falling in love with a plastic surgeon. She’s in love with the person but hates his profession because of her feelings on plastic surgery.  Through letters and a long distance relationship, she come to terms with her insecurities she’s had throughout her life.

The illustrations in book are wonderful.

Overall a nice book for a quick read.

Hello out there blogland. I know it’s been almost exactly 1 year since I last posted. Where to start.

I’m now the full time cataloger at my library. I get to be with books all the time. It’s great.
I went to Cedar Point this year and rode Steel Vengeance. It was amazing.
Cellulitis and Kidney Stones are no joke.

I’m definitely going to try and make this bigger part of my new year. I have books I want to talk about,  Influenster items to review, and hopefully travels to show off.

So lots of things happened this year, and I’m not going to get into most, but know that I became a full-time librarian/cataloger this year and I read a boatload of books. 93 to be exact.

Yes, that’s an insane number, and a majority are considered juvenile easy readers because I can read them while checking them over before checking them in. Some were really cute. Some were meh. I read a lot of graphic novels/manga this year too.

Goals for next year. More “big people” books. I’ve got about 20 out from the library that would be amazing starts for my 2018 list.

Check out the Goodread’s link at the top of the post to see the books I’ve read this year.

Book I didn’t like, and ironically it was a kids book titled Miffy at the Library. This book is all sorts of wrong. I know it was trying to teach colors and stuff, but you do not absolutely tell children, arrange the kids books of the library by color. Do you realize how many kids can potentially try that? Keeping the stacks organized is tough enough without a book telling kids something different than the standard library way of organizing their stacks.

Overall, it was a really good book year for me, and I hope to keep up my momentum in 2018.

Have a wonderful new year readers!

Find what you need